Soju: Everything You Need to Know About Korea’s National Drink 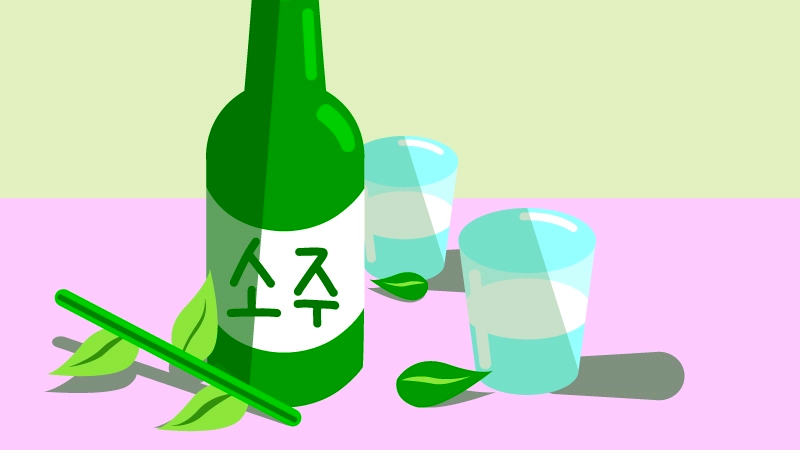 The national drink of Korea, soju is the best-selling liquor in the world by volume, and sales have only been growing in recent years.

Long underrated in America, soju is finally starting to gain traction stateside. But if you’ve never had the spirit, or even heard of it, here’s everything you need to know about soju to get acquainted.

At its most basic, soju is a clear, 20-24 percent alcohol by volume (ABV) spirit. It’s from Korea, and is mostly consumed in Korea, Japan, and China, with Jinro being the most popular brand. Soju is neutral-tasting like vodka, but doesn’t have the harsh alcohol burn thanks to having around half the percentage of alcohol. Soju is traditionally consumed straight with food but also mixes well into cocktails.

Another thing to know about soju is that the taste can vary considerably, thanks to lax laws regarding the ingredients used to make it. In general, soju resembles a low-alcohol, tasteless version of vodka, but it’s more viscous and a little sweeter.

Soju is traditionally made from rice, but that changed during the Korean War, according to Bran Hill, a distiller at Van Brunt Stillhouse who makes a traditional soju called Tokki. Distilling rice was banned, so Koreans started making soju with alternative starches like wheat, sweet potatoes, and tapioca, Hill tells VinePair. The ban was lifted in the late 1990s, but many of the best-selling brands in Korea still use alternative starches.

Despite the worldwide sales numbers of soju, the spirit isn’t well known in the United States. With the rise of Korean food, however, that’s starting to change, says Ryan Te, general manager of New York’s Jungsik and former beverage director at Oiji.

“In America, soju has been seen as a distilled spirit that doesn’t follow the rules of a distilled spirit,” Te says. “It’s almost watered down, and it can be served with the same license as a beer and wine license.”

Restaurants that want to serve soju don’t have to apply for (or pay for) expensive liquor licenses in New York and California. If a business has a beer and wine license, then it can sell soju. Restaurants can build low-alcohol cocktail lists by using soju as a vodka replacement, in turn boosting its popularity.

HOW TO DRINK SOJU TRADITIONALLY

In addition to drinking it with food, the way it’s traditionally served is also important. You never pour your own soju; it’s always consumed as a communal drink. For the first drink, an older member in the group will pour some soju into a shot glass and hand it to you. You take that shot glass with two hands, turn your face to the side so you aren’t making eye contact with the person who handed you the glass, and shoot it. After the first drink, glasses are filled up whenever they’re empty, and people pass the bottle around the table. You can sip it if you want, but shooting it is more common.

Charm: Distilled from rice, barley, sweet potatoes, and tapioca, Charm is made in Korea and has 20 percent alcohol by volume.

Hwa Yo 41: A higher-alcohol-by-volume version of Hwa Yo 23 that sits at 41 percent alcohol by volume. Good for cocktails.

Jinro Chamisul: Made from a mix of rice, barley, and tapioca, this popular soju has 20.1 percent alcohol by volume.

Tokki: A premium rice soju made in Brooklyn using the traditional method. Has 23 percent alcohol by volume.

Yobo: A grape-based soju made in New York State. Has 23 percent alcohol by volume.