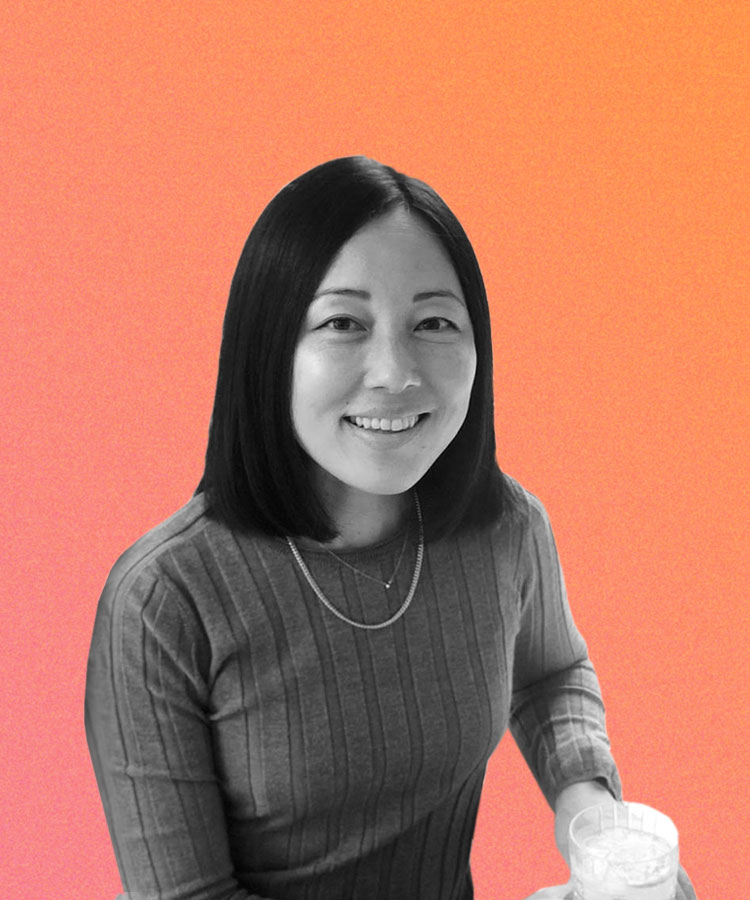 Yobo Soju, the inaugural offering from Asian American spirits house Yobo, is honoring cultural customs with a little twist. Founder Carolyn Kim didn’t use conventional avenues to get to where she is today, and her soju reflects that. Originally starting in New York, Yobo is crafted using Northern California grapes as the spirit base, a departure from traditional soju’s rice or grain bases. It is, however, still recognizable as a soju — a World Spirits Competition award-winning one at that. VinePair chatted with Kim about how she came to launch Yobo, what it’s like to be a groundbreaker, and what Americans get wrong about soju.

1. What was your background before Yobo?

Before launching Yobo Soju in 2015, I was working as an attorney at a legal services non-profit. I worked a few years in book publishing in New York and decided to go to law school because I wanted a tool to help people. Even though I had no intention of leaving the legal services field that I continue to be a part of today, I started Yobo because I felt inspired and also wanted to build something new. At the time, I was struggling as a mom of twin toddlers and partly, I wanted a different, creative endeavor for myself. And selfishly, I knew Yobo was something I would enjoy and quite possibly needed.

2. What is your personal connection with soju?

Soju brings up fond memories with friends. It’s something I drank with friends in New York during our early years after college, enjoying our youth and each other. I will always have a soft spot for the traditional green bottle that you see everywhere in stores and on Korean dramas, but I also love seeing the product category expanding with more high-quality options created in and outside Korea. Now, soju very much represents something I can savor and enjoy in gatherings with close friends and family.

3. What made you decide to begin crafting soju?

I was inspired by all the Korean and Korean-inspired chefs and restaurants that were making waves in the U.S., particularly in New York. They used traditional flavors while maintaining their unique vision and execution. My husband and I talked about adding to the conversation of Korean-American culture by creating a modern, high-quality soju to match what these chefs were doing in the kitchen.

4. What has been the most eye-opening part of starting Yobo?

One of the most eye-opening things about this journey is experiencing how quickly people embrace new preferences for music, movies, food, and drink. Before “Parasite” and “Squid Game” were on the map and before the explosion of BTS, we felt a lot of resistance within the American and Korean drinks industries on the viability of an American-made soju that did not emulate tradition. Korean cuisine was experiencing a big surge in popularity in the U.S., so we had a sense that drinks would follow. Still, we could not imagine the way that different Korean cultural phenomena took center stage in pop culture and also helped generate curiosity about Yobo.

My spin on soju comes from wanting to create something that is rooted in Korean culture but is also an expression of my Korean-American-ness — a layered identity. Yobo is definitely not a traditional Korean soju. As far as I know, Yobo was the first soju made from grapes, possibly even fruit. And it continues to evolve, all while using natural base ingredients that create a clean yet aromatic flavor.

6. What has it been like as a Korean-American woman working in a traditional and male-dominated industry?

I can say that there was some skepticism about the idea of a Korean-American soju brand. The Korean soju industry is definitely male-dominated, and there was some pushback early on that soju had to be from Korea, can’t be made from grapes, [and] has to be cheap. It is exciting to see other female entrepreneurs and creators in the growing Korean and Korean-American drinks space.

7. What do people not understand about soju? What are ways they can incorporate it into their everyday pairings and cocktails?

Most people don’t understand the history of soju and that innovation to the category was stalled for many years due to market domination by a few companies. Now, the marketplace looks very different due to the creativity of many soju producers, both big and small.

Soju is just alcohol, and it can be mixed with pretty much any ingredient as it’s fairly neutral, like vodka. If you want to consume soju in a classic Korean way, like you see in Korean dramas, you can drink it chilled from a shot glass or maybe an ounce dropped in a pint of beer. Otherwise, it works well with any soda, juice, or cocktail mixer. I personally like it simple, with seltzer and a squeeze of any fresh citrus.

8. What’s next for Yobo and the soju category in general?

I am super excited about the launch of Yobo_Kish. [“Top Chef” winner] Kristen Kish offers such a unique perspective and embodies much of what we try to capture in every bottle or can of Yobo. We’re also launching a line called Hunni K Town that was inspired by many of the late nights of my 20s spent with an amazing group of friends. 2023 should be a fun year for us.

The future of soju is bright. It’s a huge category in Korea and some parts of Asia, but international adoption is still in the early stages. I think the next five years will be exciting to be part of because so many new consumers will be able to experience how the category evolves.