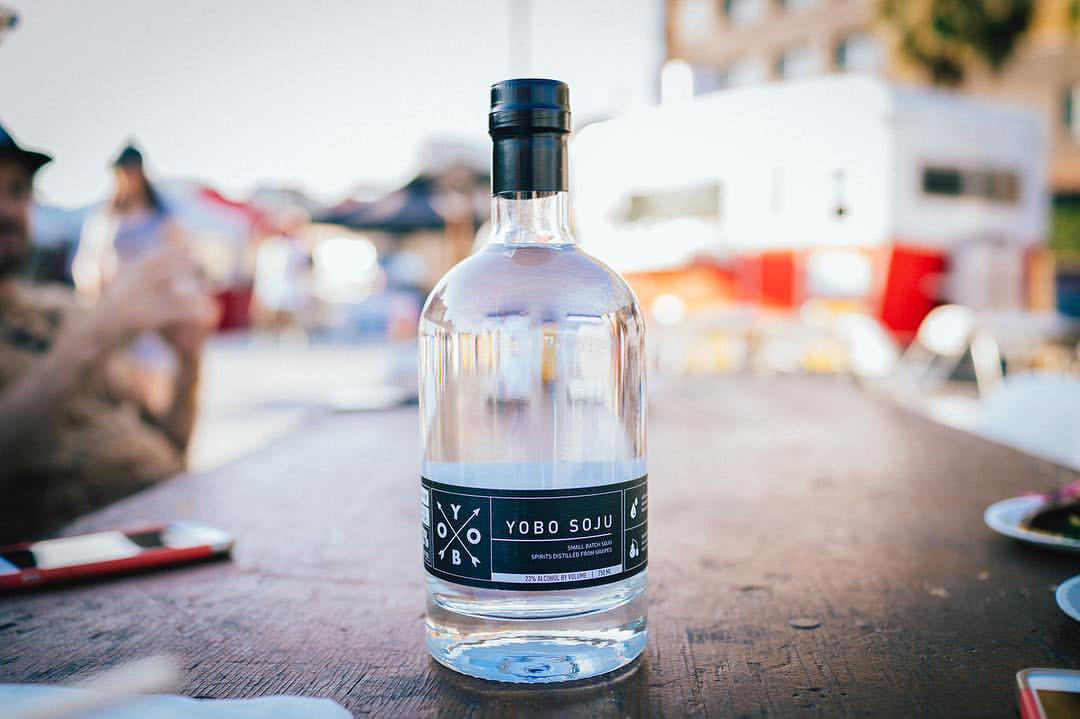 The last decade has seen a broad migration of the western world’s classic spirits to new countries of production in every corner of the world. Throw a dart onto a map and you’re likely to find a distillery producing whiskey or gin nearby. What goes around, comes around, though, and now U.S. distillers are trying their hands at traditional Asian spirits. The result is American-made products made in the style of Chinese baijiu, Japanese shochu, and Korean soju.

When it comes to American-made soju, there are several brands, including Yobo Soju, which is made at Finger Lakes Distilling. Rather than use traditional ingredients such as rice, barley or sweet potatoes, they opted to use locally-sourced Catawba grapes. Then they bottle the product at 23% ABV. “Making soju from fruit is not at all traditional,” says Carolyn Kim, the brand’s founder. “There are already many interesting rice-based soju out there. My hope is to see the soju category expand and evolve. Using grapes was a risk, but I wanted to add to the conversation.”

She sees that as a similar step forward as to what she’s been seeing with Korean food. “I wanted to create a quality soju that could keep up with the innovation in Korean cooking that is happening now,” she says. “I have always been drawn to the rich traditions of Korean culture, but Yobo is definitely not soju rooted in tradition. Yobo is born from my identity as a Korean American as well as fond memories with friends.”

The brand also just announced a collaboration with Top Chef winner Kristen Kish to create a line of flavored soju. “Partnering and creating with the team of Yobo feels so empowering,” Kish said in a statement. “Not only am I excited to create a delicious beverage, more importantly, it means a tremendous amount to partner with a Korean woman showcasing an Asian American spirit. I am honored to sit at the table with this group of creators and entrepreneurs feeding off one another’s creativity and excitement for Yobo and its future.”